English language was taught to the MSc students in 3 terms, each worth 3 credit units, twice a week, in 90 minute sessions.
In this period, because of the presence of a non-Iranian physicist, one of the 3 main courses of the MSc students of physics was taught in English. Therefore, in addition to teaching general English (the New Cambridge English courses 1 & 2 by Michael Swan) that was based on the communicative approach, a Quantum Mechanics ESP course was also taught. The fact that all student textbooks were in English and there were no Farsi translations gave the students the necessary incentive to learn English. A good number of extracurricular activities such as ‘Cooking in English’, ‘Playing Games in English’, ‘Weekend Trips outside the City in English’ were designed and carried out to help the students learn English in practical situations. After the departure of our foreign physicist, the ESP courses became more general and were later stopped. During this period, the students’ listening skills, knowledge of vocabulary, and speaking skills were also developed using a story book/audiotape combination with especially recorded repetitions.

In this period, the Look Ahead general English course books were used. The Look Ahead series had many advantages over the previous course including a complete set of class videos.
In the year 2000 a new course ‘Continuous Track PhD in Physics’ CTPhD was launched by the Physics Department taking top school leaving students seamlessly all the way through to the PhD level. The applicants who entered the course at the undergraduate level were taught general English. The very first batch of students were also taught ESP in general physics since their Fundamentals of Physics courses were taught using the original English book with no Farsi translations. At this juncture, all students were also taught academic presentation skills in English using PowerPoint presentation techniques that were quite prevalent and rather novel in other parts of the world.

In this period, the MSc students were mostly inclined to concentrate on academic skills and success in the annual Nationwide PhD Entrance Examination. On the other hand, general English courses offered at different language Institutes in the city had reached a relatively suitable level that allowed the English Language Section to try to satisfy the above mentioned needs of the students to learn English grammar, vocabulary, reading, writing, especially email and CV writing, and listening skills.
In 2003, the Computer Science and IT Department was established offering a BSc degree course in Information Technology. The IT students were offered 2 terms of English courses worth 3 credit units each. As before, the MSc students were offered 3 terms of English courses.

Different combinations of the following courses were taught during this period

In this period, because of the students’ need to improve their general English, the MSc students were taught the general English textbook American English File in three terms at 2 levels, Pre-Intermediate and Intermediate.
Towards the end of this period, it was clear that the students were too busy studying their main subject and also since these courses were available at various English language institute in the city, teaching general English to students had lost its effectiveness and had to be stopped.
In addition, ELS started to take a number of steps in researchwise. By holding research seminars were teachers and researchers discussed topics related to language teaching and applied linguistics in general. In 2017, LTRG hosted its first visiting scholar and started working on a few research projects.

English for academic purposes (EAP), taught for 1 term, has replaced 3 terms of language teaching. The mark obtained by the students in this course now contributes to their GPA (which is calculated out of 20). The CTPhD students of physics continue to take 6 general English courses over six terms and when they reach the MSc level they take part in the EAP course as the other MSc students.
Since autumn 2018, the BSc degree in Information Technology has been replaced by Computer Engineering. Computer Engineering students take 2 terms of general English courses.
Researchwise, LTRG is focusing on materials development for the EAP course, English as a Lingua Franca (ELF), and intercultural pragmatics. 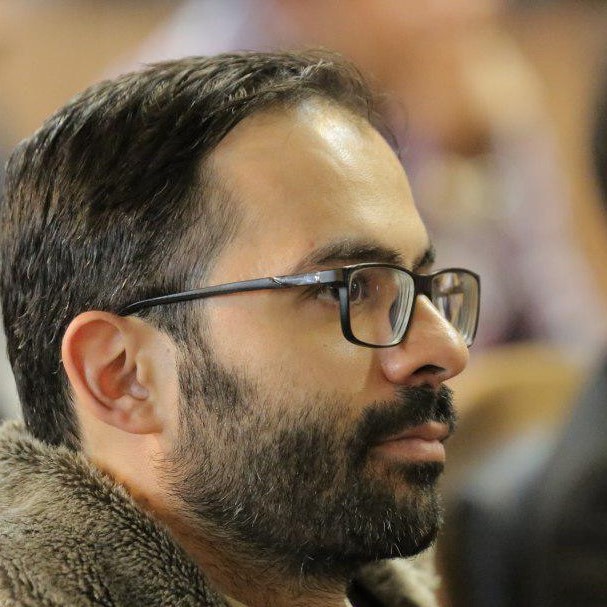 (Head of the Language Teaching and Research Group)

This group aims at achieving the goals of the country's comprehensive scientific plan and its supporting documents to improve the quality of English education in the country and moving towards the long-term goals of the university to be one of the five international universities of the country. In addition, it intends to help students, faculty members, and staff to have a bilateral and effective engagement with international academic communities.

To study in a high quality center with a scientific, friendly atmosphere and wide international connections? Apply to the IASBS.