The fourth round of the “In the Shade of the Sun” programme has been held to honour Professor Yousef Sobouti, senior astrophysicist, Professor of Physics and Founder of the Institute for Advanced Studies in Basic Sciences (IASBS), Zanjaan. The ceremony, which was held on Sunday, 7 November 2021 at the Academy of Art’s Iran Hall was attended by a number of figures from the world of art and culture, together with university lecturers, and colleagues and friends of Dr Sobouti to celebrate his 60 years of scientific service and endeavour. Prof Sobouti is a Fellow of the Academy of Sciences of Iran and a Veteran of Physics and Astrophysics.

In this ceremony, the President of the Academy of Persian Language and Literature, Dr Had-daad Aadel, the Vice-President of the Academy of Sciences, Dr Ali-Akbar Salehi, and a number of government officials and the Secretary-General of the Iranian National Commission for UNESCO praised Professor Sobouti for his accomplishments. Later during the ceremony, the “In the Shade of the Sun” medal and the Iranian National Commission for UNESCO’s plaque were awarded to Professor Yousef Sobouti for a lifetime of scientific service by Martyr Shahriyaari’s wife. This was followed by the unveiling of the Professor Sobouti stamp.

“In the Shade of the Sun” is a programme organised by the Iranian National Commission for UNESCO to honour a cultural, scientific, literary and art figure in Iran each year.

For more information and to see the relevant video clips please follow the links below. 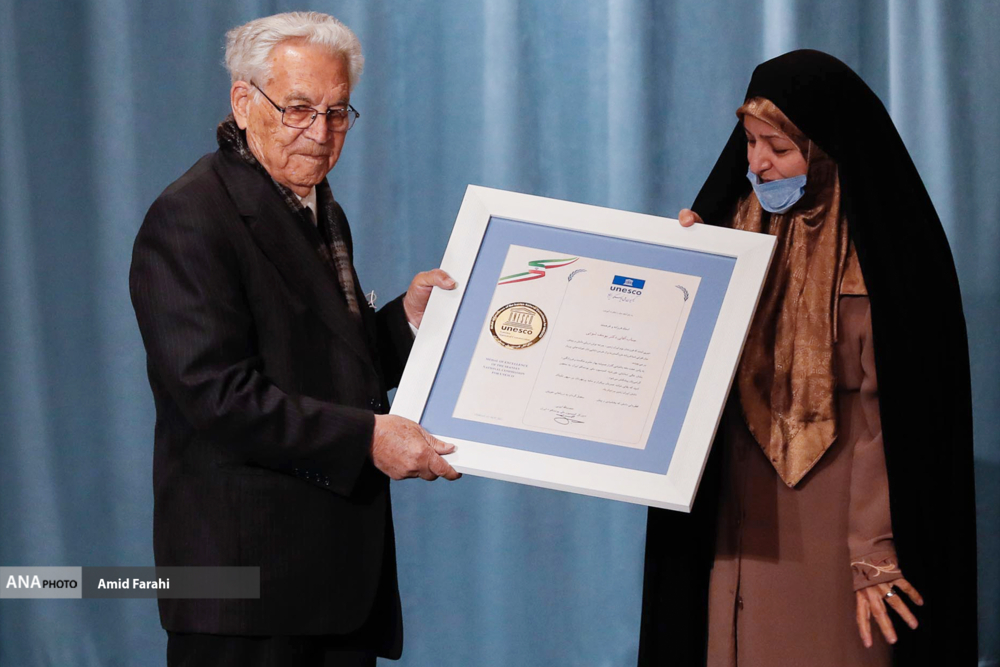