The IASBS Student Astronomy Group, Heliya, has organised a zworkshop on the transit of the planet Mercury across the Sun with the collaboration of the Ava Star Centre from Tehran. Concurrent with this rare astronomical event, which took place  on 11 November 2019, the IASBS Observatory was reopened under its new Director, our own local cosmologist, Dr Encieh Erfani, an Assistant Professor of Physics at the Department of Physics.

Secondary school students from various schools in Zanjaan took part in the Workshop, which included the following lectures and programmes, “Transit of the inner planets and our knowledge” by Dr Erfani, “Solar observation and the required equipment” by Asadollah Ghamarinezhad, a well-known amateur astronomer in Zanjan, and a detailed report on the past activities of the Observatory and the process of its reopening presented by Dr Erfani.

At the end of the workshop, the partial transit of Mercury was observed on screen at the Chemistry Amphitheatre using the IASBS’s 10-inch Mead telescope from 16:06 (local time) until the sunset at 17:09.

It is worth mentioning that the transit of Mercury is a rare event since Mercury and the Earth do not orbit on the same plane. Transits of Mercury occur in May or in November. Mercury’s next transit will occur in November 2032.

The observation at the IASBS was the best transit recorded in Iran. A report of the IASBS event was broadcast on Channel 4 television on Friday, 15 November 2019 in a programme called “A Guide to Galactic Travellers”. 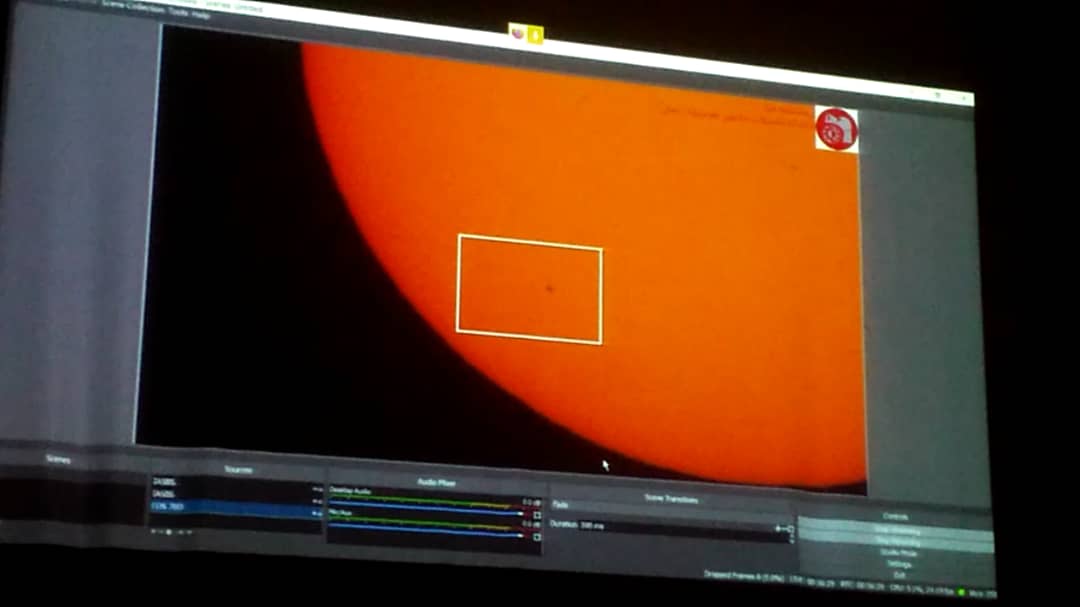 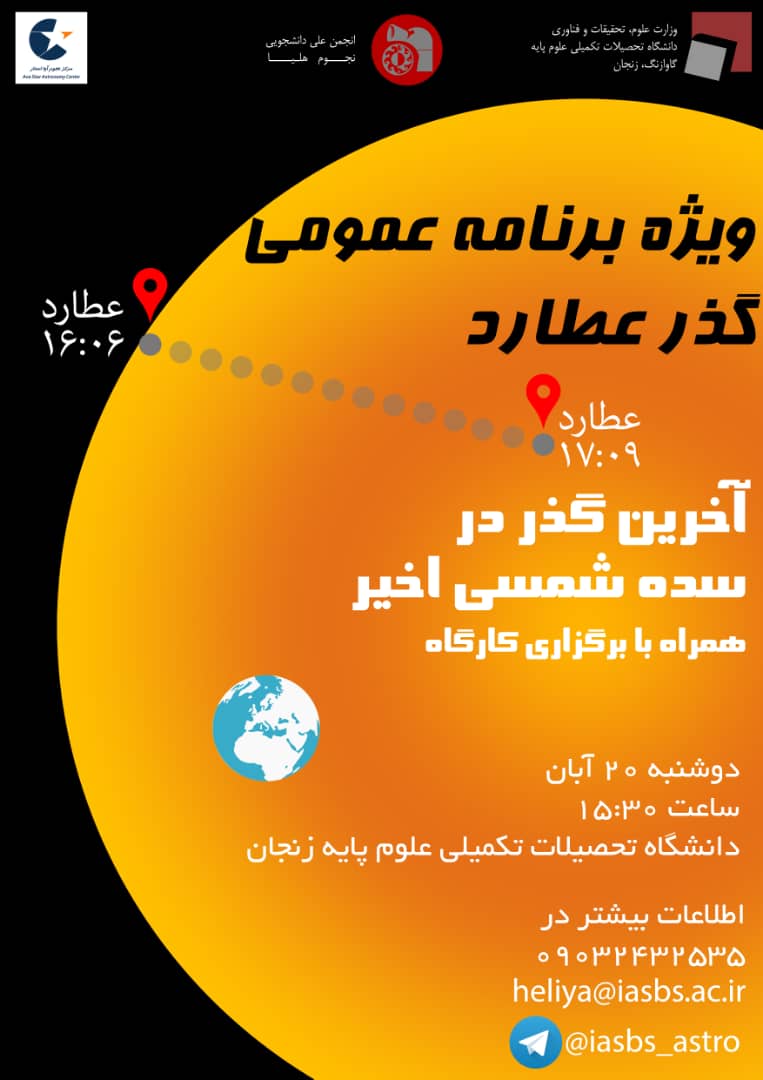