Faculty Members of the Physics Department publish in the journal Nature

Dr. Hussein Haghi and Dr. Akram Hassani Zenouzi, along with a list of gladiators from the countries of Scotland, the Czech Republic, Switzerland and China, with the study of the dwarf galaxy NGC1052-DF2, which contains 200 million stars, found that the structural dynamics of these dwarfs are slower than expected, and this is a serious confirmation Newtonian Generalized Gravity Model. Earlier, Dr. Peter Wondalkum and his colleagues from the University of Yale, USA, had put forward a serious challenge to the general theory of gravity, using data from this galaxy. It is shown in this paper that the kinetic motion of the clusters of this dwarf galaxy is due to the effect of the outer field of the host galaxy. The theoretical basis was formulated by Dr. Hussein Haghi and colleagues in the 2009 issue of the Journal of the Royal Society of Astronomy. With the study of this galaxy, this astronomical group has endorsed the Newtonian Generalized Theory and Model of Gravity, which has been the oldest alternative to the theory of general relativity. In this study, Dr. Hussein Haghi and Dr. Akram Hassani Zenouzi from Zanjan University of Applied Sciences graduated from the University of Zanjan, an article published in the journal Nature, entitled "Does the Dwarf Galaxy Reject Generalized Gravity Theory?"? The University of Zanjan's Graduate Studies in Basic Sciences, has congratulated the author of this article in the authoritative journal Nature University of Science and Education, and in particular Dr. Hossein Haghi and Dr. Akram Hosni Zenozi, and wished them every success. For more information, see the Iranian Society of Physics news link and the Nature Magazine link. Reflecting on the news in the Nature magazine, you can read the news archive of the University of St Andrew in England, the German Science News Agency's Science Fizz News Agency, quoting Bonn University and the Eurasia Agence France-Presse newspaper. 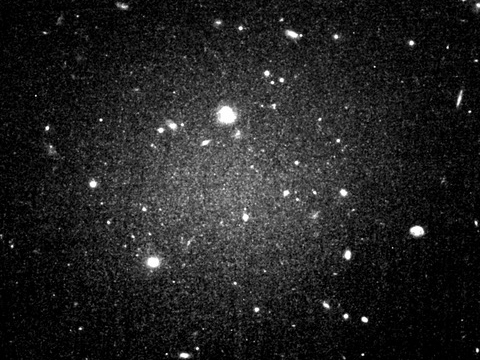